As vegetables go, cauliflower was once an ugly duckling that rarely made the menu except at Grandma’s house, but in the past few years it has seen a transformation of which even kale might be envious. Cauliflower has now become the hero of paleo dieters, carb avoiders, vegans and veggie proponents, not only as a vegetable to be sautéed, roasted and served as a tasty substitute for meat or those carb-laden favorites rice and potatoes, but it has also emerged in packaged foods with chameleon-like versatility as a go-to ingredient for everything from tater tots to pizza crust.

Interest in cauliflower has skyrocketed, with U.S farmers reporting sales of $390 million worth of cauliflower in 2016, up from $239 million in 2012.

Certainly, consumer interest in eating more vegetables and fewer carbs has contributed to cauliflower’s rise, but it also has a strong nutritional pedigree: It’s packed with protein, thiamin, magnesium, fiber, and potassium as well as folate, and vitamins K, B6, and C —one head of cauliflower has 125 mg of vitamin C, nearly twice as much as a medium orange.  It also has a fraction of the calories of white or brown rice and one-ninth the carbs. Along with all these nutrients, cauliflower is thought to promote liver and bladder health, anti-inflammation, immune health and may even lower the risk of cancer.

And you thought chickpeas were hot stuff! 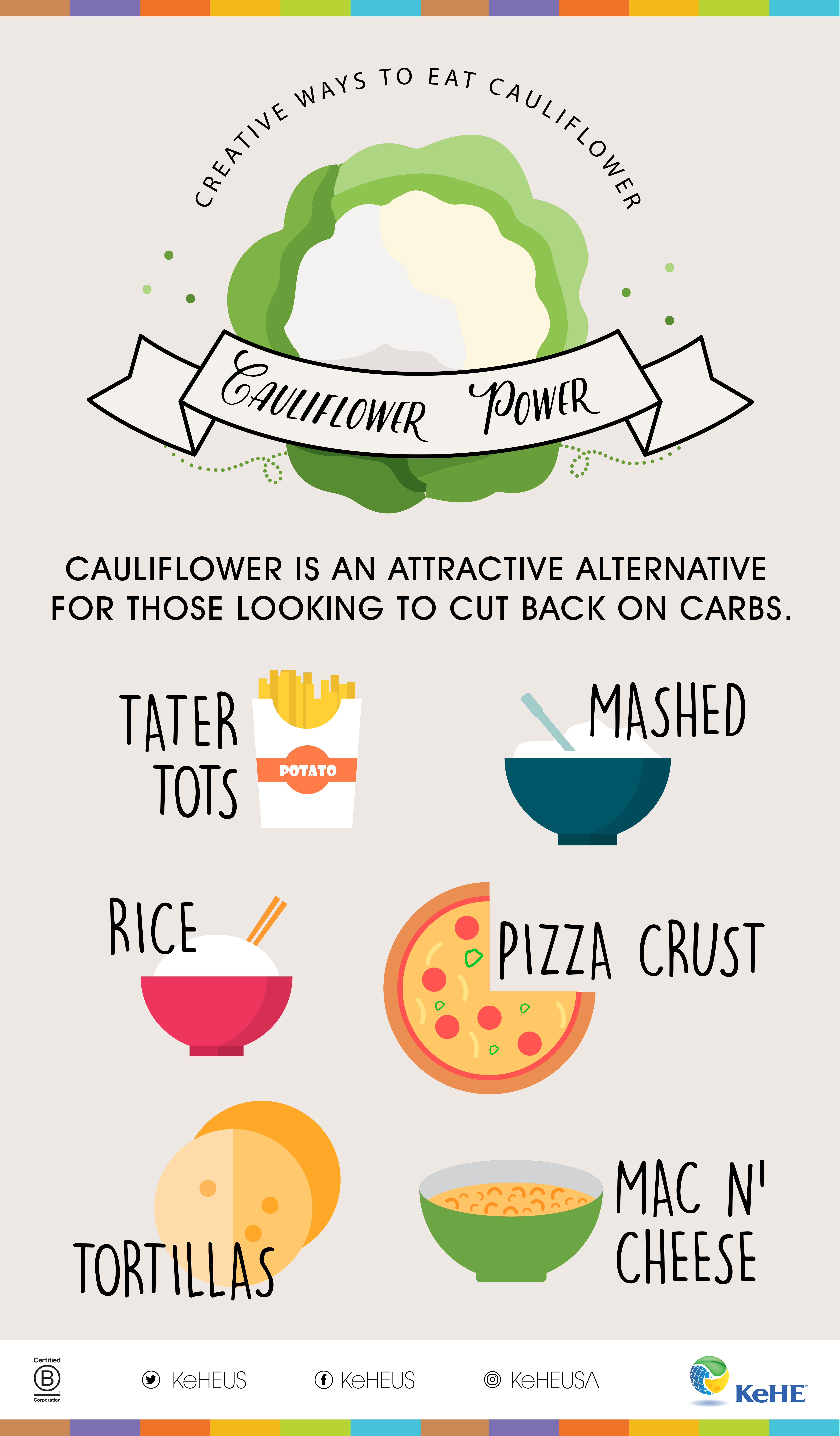