Vietnamese pho, Japanese ramen and Korean barbecue have risen to the tops of menus and shopping carts over the past few years.

Now, all eyes are on the far eastern islands.

Restaurant Business names Asian island cuisine one of the top food trends for 2018, with Filipino foods and flavors leading the momentum.

Culinary influences from Indonesia, Malaysia and Singapore aren’t far behind, with sour, bitter and aromatic flavors influencing both American cuisine and traditional dishes straight from the islands, according to Restaurant Business.

The appeal? Cuisine on these island nations take influence from both mainland Asia and Europe, making them at once familiar yet new to most American palates. 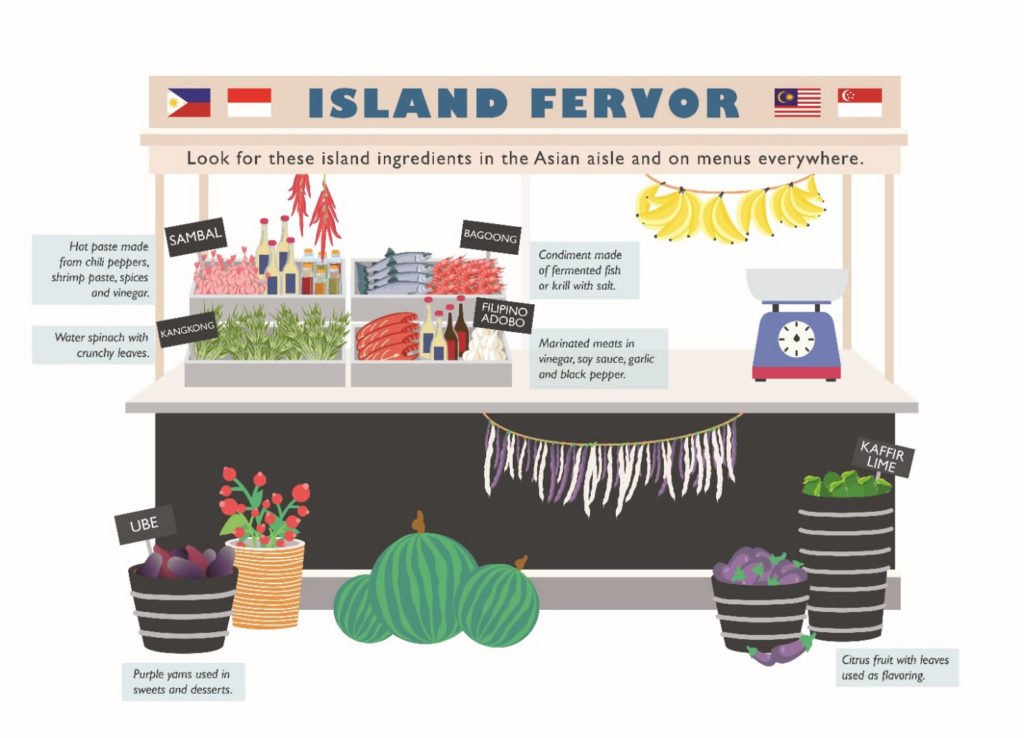